On this page some examples are provided. Most of the examples are either showcasing real projects or are part of projects done with HANcoder. Each example has been documented in a way that a new user is able to build the same functionality from scratch. However it is not necessary to rebuild the example because the finished model, srec (executable file for on the microcontroller) and a2l (file for HANtune) are all provided. Please contact jason.vankolfschoten@han.nl if you wish to contribute to this page with an example of your own.

Next to the user projects there are also some basic examples which just show how certain blocks can be used.

These examples are just an illustration of the capabilities of the HANcoder blocks, they do not originate from real projects. For an overview of all blocks check the Block overview page. 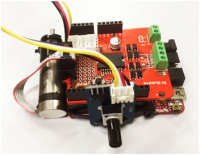 A basic workshop has been developed to show the basic functionality of both HANcoder as HANtune.

A more advanced workshop shows the users how to use Simulation with Model Referencing and Variants to get the most out of Model Based Development.

A workshop about creating a simple control system to turn on a light when it turns dark.

A throttle valve control that uses a potentiometer as input to emulate a throttle pedal.

A step-by-step guide for creating a custom block in MatLAB/Simulink and how to use custom functions written in C-code.

These assignments are used by the HAN Automotive education and may require some specific additional hardware. 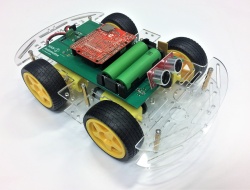 This tutorial will guide you step by step in order to build a traction control system. The model car shown in the picture is needed in order to fulfill this tutorial. The assignment description contains an optional extra to build your own brake assist system. 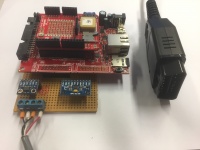 The vehicle logger saves the position, speed, acceleration, angular rotation and engine information of a car to an SDcard. It consists out of several subsystems which have been described in different pages on this wiki: 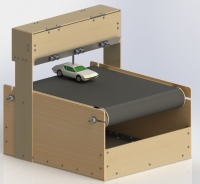 This demonstration material, made by HAN-Automotive students, is provided with all source files, models and material lists to reproduce this (sub)system. It can prove to be very useful as example material.